How Do Ear Candles Work? The Surprising Science of Ear Wax Removal 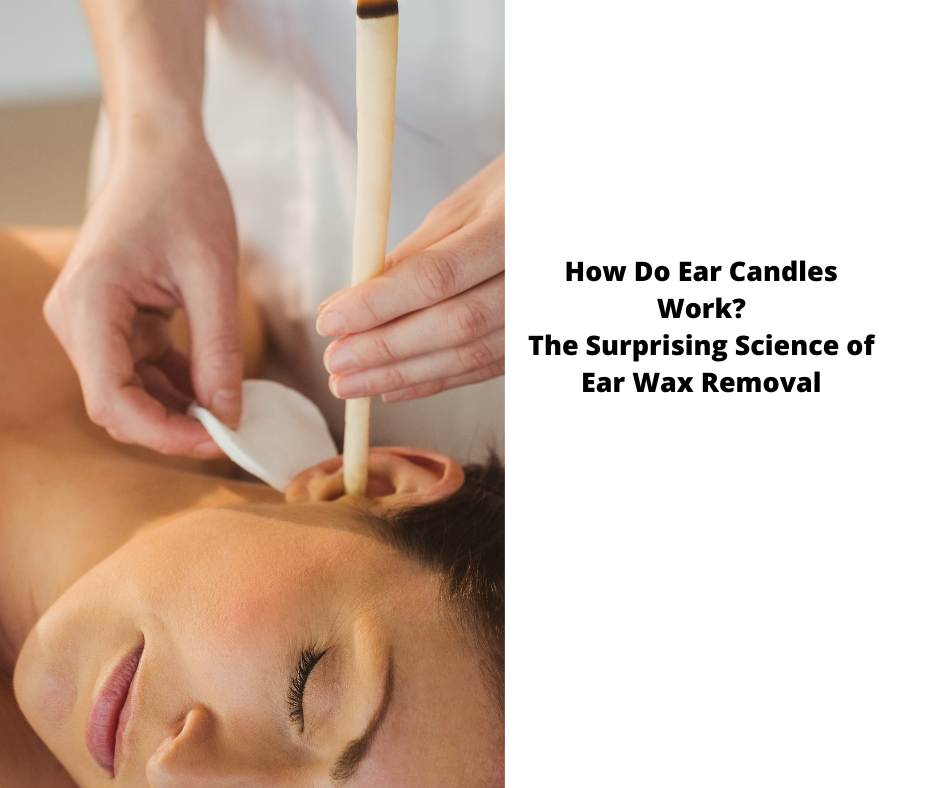 Ear candles have been around for centuries, and their popularity has only grown recently. Though many people believe in the efficacy of ear candles, there is a lot of scientific debate surrounding their use.

The Truth About Ear Candles

There have been many talks lately about ear candling, also known as ear coning or thermal-auricular therapy. This alternative therapy involves inserting a thin, cone-shaped candle into the ear and lighting it. The heat and the resulting vibration are purported to help with various conditions, including sinus infections, headaches, colds, and even excess wax buildup. But does ear candling work?

The answer is complicated. No scientific evidence supports the claim that ear candling can treat any of the above conditions. There’s even some evidence to suggest that ear candling can be dangerous. A review of the literature found that there have been multiple reports of burns, perforated eardrums, and other injuries associated with ear candling.

So what should you do if you’re considering ear candling? First, consult your doctor or another healthcare provider to see if there are any medical contraindications. Then, research reputable practitioners in your area. And finally, be sure to follow all instructions carefully to minimize the risk of injury.

What Is Ear Candling?

Ear candling is an ancient practice used for centuries to clean the ears. The process involves placing a lit, cone-shaped candle into the ear, which creates a vacuum that pulls the wax out of the ear.

Ear candling is a safe and effective way to remove ear wax, and it can also help to relieve other ear problems such as congestion and dizziness. If you’re interested in trying ear candling, find a reputable practitioner who can help you safely and effectively clean your ears.

People have been using ear candles for centuries, and many claims they can provide many benefits. The most popular use for ear candles is to remove wax from the ear canal. However, they are also said to improve hearing and help to prevent or cure ear infections.

Some people even believe ear candles can help relieve sinus pressure and headaches. While no scientific evidence supports these claims, many people swear by the efficacy of ear candles. If you’re interested in trying them, be sure to purchase candles from a reputable source and follow the instructions carefully to avoid any risks.

Does Ear Candling Work  – Some Are Claiming Ear Candles Can Treat Everything?

There’s no shortage of people who swear by ear candles, claiming they can treat everything from sinus infections to colds.

But what exactly are ear candles, and do they work? Also called ear cones or ear coning, ear candling is a traditional practice that involves lighting a candle and placing the lit end in the ear canal.

The heat from the candle is said to draw out debris and wax from the ear, improve circulation and relieve congestion.

Some people also believe that ear candling can help to treat headaches, swimmer’s ear, cold, flu, and sore throat. While there’s no scientific evidence to support these claims, some people find that ear candling brings relief from their symptoms. If you’re considering trying ear candling, consult your healthcare provider first to ensure it’s safe for you.

What Is an Ear Candle?

Ear candles have been used for centuries to cleanse the ears and promote relaxation. The theory behind ear candling is that when the candle is lit, the heat creates a vacuum that pulls wax and debris out of the ear.

Some people also believe that ear candling can help to relieve sinus pressure and headaches. While there is no scientific evidence to support these claims, many people find that ear candling is a safe and effective way to cleanse the ears and promote overall well-being. The candle measures approximately 10 inches in length.

How to Use an Ear Candle

Ear candles are a popular holistic remedy for earwax buildup, congestion, and other issues. The candles are made of beeswax and fabric, and they work by creating a gentle suction that pulls wax and debris out of the ear. To use an ear candle, simply light it and hold it near the opening of your ear.

The candle’s heat will help soften the wax, and the suction will draw it out of your ear. Ear candles are safe for most people to use, but it is essential to follow the instructions carefully to avoid injury. If you have any questions or concerns, be sure to consult with a qualified healthcare practitioner before using an ear candle.

Here’s how an ear candle is used:

In 2010, the U.S. Food and Drug Administration (FDA) announced that they hadn’t found reliable scientific evidence on the effectiveness of ear candling. They also warned consumers against ear candling because it can cause serious physical injuries. Ear candling can also make earwax buildup even worse.

Some people believe that ear candling can help remove earwax, but no scientific evidence supports this claim.

In fact, ear candling can cause earwax to be pushed further into the ear canal, leading to blockages and infection.

Additionally, the heat generated by ear candles can damage the delicate skin in the ear canal, and there is a risk of burns and fires if the candles are not used properly. For these reasons, it is best to avoid ear candling altogether. If you have a buildup of earwax, talk to your doctor about safe and effective ways to remove it. 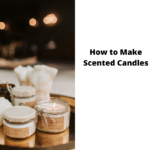 How to Make Scented Candles